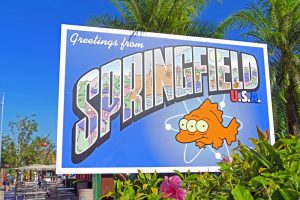 In 2019, The Simpsons completed its 30th season as a full-length animated television show. While this series is regarded as one of the funniest shows in television history, the economic value created from The Simpsons is serious business: FX Networks paid $750 million for cable syndication and video on-demand rights to the series, the show generated billions of dollars in branded merchandise sales and its spinoff movie grossed $527.9 million on a budget of only $75 million.  To celebrate the longest-running primetime scripted series in television history (with 666 episodes as of the 2019 Halloween episode), test your knowledge of the intellectual property associated with The Simpsons: